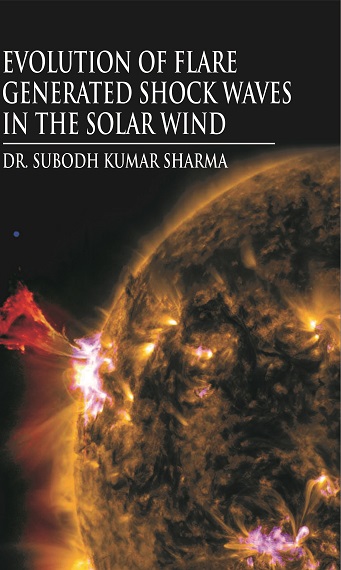 Evolution of Flare Generated Shock Waves in the Solar Wind

Evolution of Flare Generated Shock Waves in the Solar Wind

The book has been divided into five chapters. The first chapter is introductory.  In the second chapter, a self-similar spherically symmetric model is constructed to describe a blast wave in the solar wind produced by a solar flare. In the third chapter, a mathematical model of inhomogeneous expanding gas driven by solar flare in the equatorial plane of the Sun is considered and the effects due to Roache model of gravitation and the gravitation due to self-expanding gas are discussed separately. In fourth chapter, similarity solutions are obtained for the propagation of blast waves generated by intense flare in stellar atmosphere which has an energy increasing with time including the effects due to heat conduction and heat radiation flux along with self-gravitation In fifth problem, similarity solutions are derived for central explosion in a non-uniform gaseous medium of stellar interior assuming non-uniform distribution of density including the effects due to self-gravitation, presence of magnetic field and radiation heat flux